Shift is better than Shed - a call for demand response automation

What is load shift vs load shed, why it matters, and why it requires automation.

Modern demand response or load flexibility is typically characterized as smart buildings and smart devices that can react nimbly and automatically to grid needs - variable renewable energy, blackouts, voltage control, exciting stuff! This is the future, but far from the reality of today. 80-90% of the ~60 GW of demand response in North America is "dumb" DR: loads that are called on a few times a year during grid emergencies. Mostly, this is called on manually by emailing, texting or phoning someone on-site and telling them to turn down a load. To the extent it is automated, it is usually a simple on/off switch.

DR as usual, as described above, is characterized by LBNL as load shed. In part 3 of their major study on demand response in California, they go deeper into load shift as a resource. Shift is characterized more like batteries: not cutting load, but shifting the use to another time of the day. Many end loads are capable of shifting, including water heaters, pool pumps, EVs, pumping, heating, cooling and refrigeration. These loads could be called upon daily to provide ongoing grid support, vs shed which is usually just a few times a year.

Importantly, this can't be done manually, it requires sophisticated automation of devices. Highly capable IoT devices and controls systems are increasingly ubiquitous, so the cheapest way of enabling them is through a software controls layer on top existing channels, rather than the expensive task of replacing or adding hardware. Therefore, device manufacuturers will be a critical enabler of load shifting and will need to be compensated accordingly. The role of the device manufacturer is seemingly underappreciated by the study, and in general by California - hopefully this will change as the urgency to unlock load shedding increases.

Shifting has more value than shedding

The complexity of shift vs shed means it will cost more to provide, but the benefits more than make up for it. Rather than crudely cutting load a few times a year, shift allows demand response to be a daily-use, dynamic load resource similar to energy storage. This has substantially more value to the grid.

We can see this highlighted in the Connected Solutions program in Massachussets. Traditional shed DR is valued for the summer season at $35 / kW while shift DR is valued at $200 / kW (as of 2020). 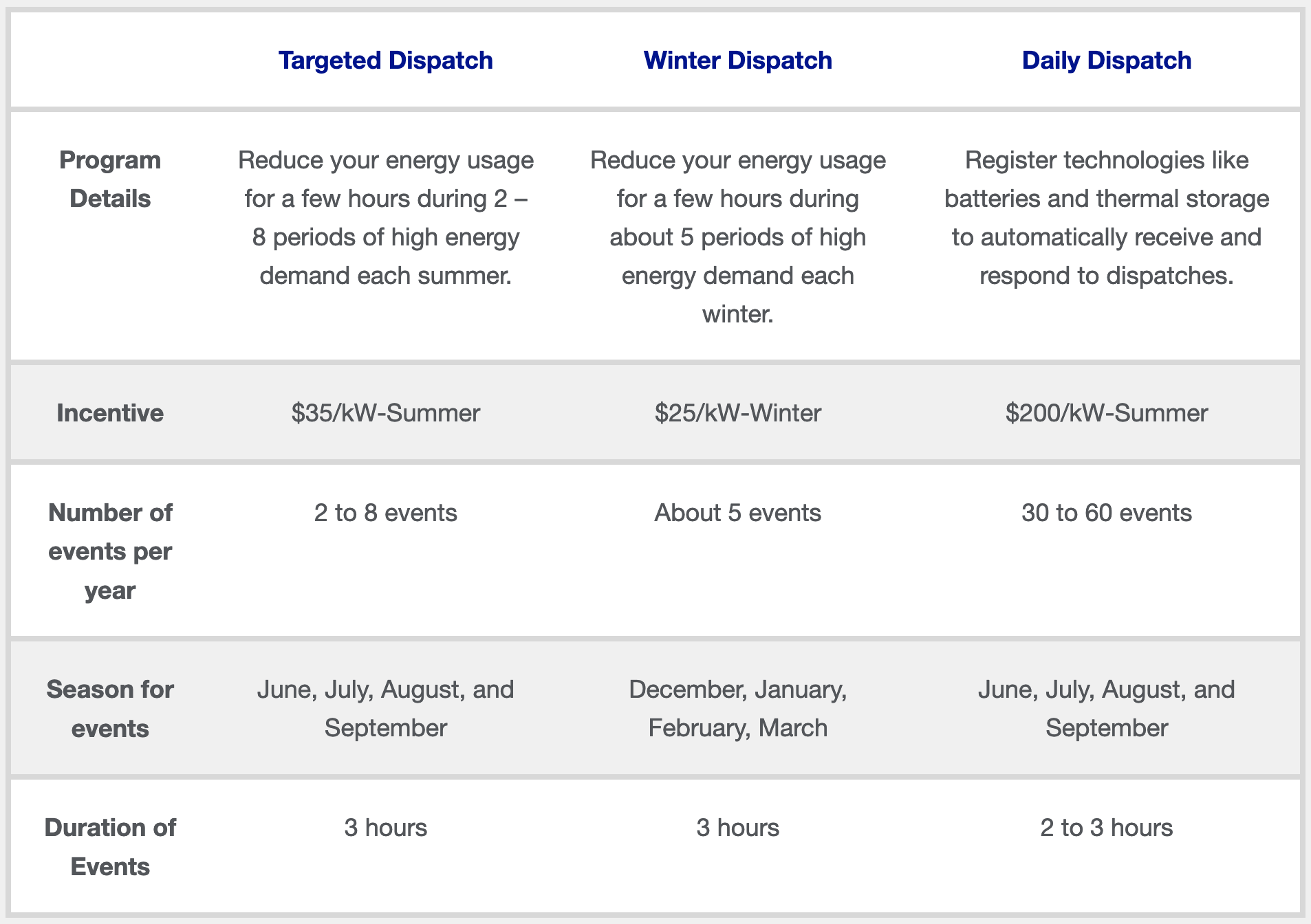 Clear examples like this program are rare, and even this one is limited purely to energy storage that can be controlled by the utility. Shift is still an emerging resource, and it requires a significantly different market structure than those currently established to value DR as an emergency capacity resource.

A working group came up with a set of load shifting products to address this need. Overall these proposals don't seem ready for mass market adoption, but they are a step in the right direction and we will likely see versions of them piloted. The most promising seems to be Market Integrated Distribution System (MintDS), which succeeds in being technology agnostic, valuing many types of flexibility and providing a role for 3rd party aggregators, who have proven to be very useful in bridging the gap between end customers and the energy world.

The key takeaway? Not all load flexibility is created equal. The vast majority of demand response today is simple shed load, and has been for a long time. A grid with high variable renewable electricity penetration will need a much more dynamic resource delivered by both battery storage and load flexibility - what LBNL calls shift. It is more capable and more valuable, and can be enabled with smart software linked to capable devices.

The 2020s will be an interesting decade for load shifting. The need for load flexibility will increase, the key task will be determining how to unlock it. We should be asking: